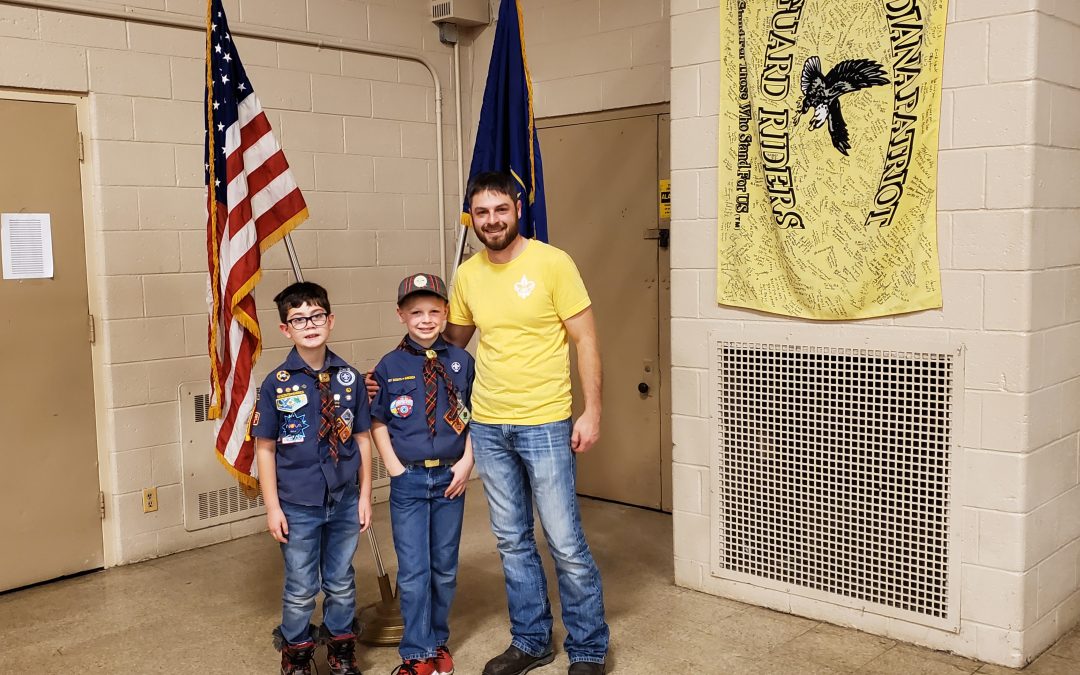 One of our own Engineers here at Apex Filling Systems is very involved in Scouting. Actually, we have a few Scouts, in-house! Darren has been involved in some aspect of Scouting for about 28 years! He himself began Scouts in first grade. He loves the program and whole-heartedly believes their mission. He says of Scouts, “I have learned many things from being trustworthy to being prepared for anything.” When his son began to express interest, he was overjoyed. Gage has been in Scouts for 4 years now. In Gage’s 1st year, Darren assisted as he could in their Tiger Den. The next two years, he was asked to be a Webelo leader, where he helped to prepare Scouts for the leap to BSA (formerly Boy Scouts) program. The Cub Scouting program is geared to prepare Cubs, not only for the Scout BSA program, but for life in general. This year, Darren was asked to be the Cubmaster for the Pack. Since, he has been highly focused on bringing their Pack back to a more traditional program.

More recently, Darren’s son, Gage and his fellow Cub Scout Pack 880 out of St. Paul’s Church, in LaPorte, Indiana, hosted a Spaghetti Dinner fundraiser. There are so many needs for more funds to help pay for a variety of projects such as: Scouting trips, community Scout sponsored programs, field trips, regional meetings, learning and teaching programs, wildlife / fisheries initiatives and much more. The boys thought, since they will need to do some type of fall fundraising, why not center it around honoring the Veterans while they are at it! So, the spaghetti dinner was scheduled for the weekend following Veterans Day. They really wanted to honor and serve those that have served us within the Armed Forces. I would say they did exactly that!

What an incredible thing to see these young men holding their flags, and honoring the meaning behind the salutes. As I panned the crowd, it felt very emotional as we pledged together. An historic homage, we likely all grew up participating, in some manner. My thoughts flooded me with A – these little men standing with such promise and honor, and B – these established, decorated, aging men standing there with dignity and pride, saluting so honorably.  I couldn’t help but question why schools considered not starting their day reciting the Pledge of Allegiance in the classroom? Why would we ever consider taking a piece of history out of our future?! I know personally, the school district in which my children went through, to date, still pledges at the start of each school day.

I did a little research as far as any policies regarding schools saying the pledge and I came across some really vague info. Seems that the consensus in short, would apply to the school/parent and student. What I did discover though, is the proclamation of President Eisenhower himself, on June 14, 1954, he signed a law adding “Under God’, the President stated; “From this day forward, the millions of our school children will daily proclaim in every city and town, every village and rural school house, the dedication of our nation and our people to the Almighty…. In this way we are reaffirming the transcendence of religious faith in America’s heritage and future; in this way we shall constantly strengthen those spiritual weapons which forever will be our country’s most powerful resource, in peace or in war.”

That handsome Cub Scout Pack 880 served up a most delicious, homemade dinner of spaghetti and a delightful side salad with the perfect slice of garlic bread. They even had the parmesan! In total, there were 141 plates served, all with love an honor for those receiving. What a testimony to their elders, and those who have served before them. It was a lovely way to spend a small part of time amongst all who were there. 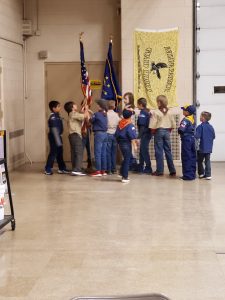 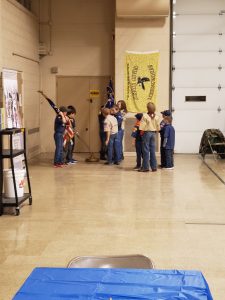 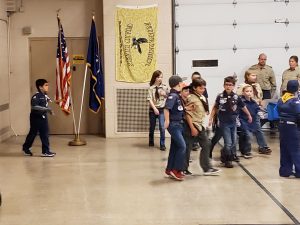