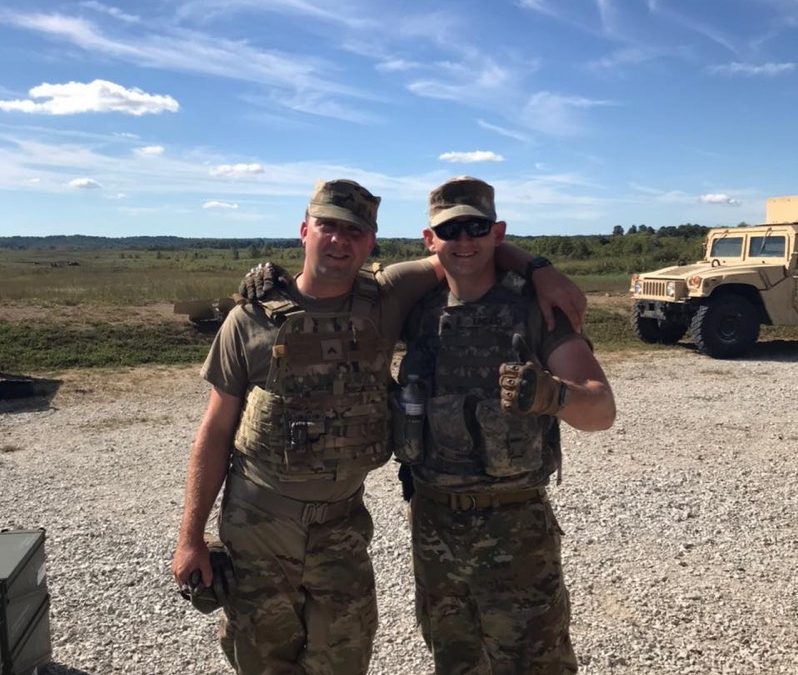 I had the pleasure, recently, of interviewing one of Apex Filling Systems very own team members and Military Police Officer, Bryce. Recently, Bryce had to leave work for a month to go conduct annual training at Camp Atterbury, in Southern Indiana. He will be leaving us again soon, to continue training. While conducting training, he led classes and field exercises on weapons systems and troop movements. Bryce has been in the United States Army National Guard for 8 years, where he serves as a Military Police Officer.

I asked Bryce if there is something he accomplished that he is quite proud of during his service. His reply, the best accomplishment that he has done has been mentoring young soldiers and helping them qualify on their weapons systems. I was curious how, in a military environment, one can stand on their own morality, or if it is a matter of ‘it’s your job.’ He said ‘my morals are my strongest driving factor, followed by making sure that I can support the other soldiers that surround me!’ I asked if he had ever been to battle. He has not been on a combat deployment but has been to Guantanamo Bay, Cuba, in support of Operation Enduring Freedom. Bryce spent 9 months on deployment and he said it was an amazing experience.

When I asked Bryce if he would do it all over again, he said ‘I truly enjoy being a Guardsman. There have been some real tough times that I have gone through, but the amazing experiences and people I’ve encountered make it all worth it.’ In short, that was a yes! Of course, I had to ask Bryce how he gravitated to Apex and became head of procurement. He said he had been involved with the filling industry previously. He has also formed professional relationships with several of our team members in other facilities. Some of whom have built strong friendships. Not a bad day when you get to work on what you enjoy, and be surrounded by some of your best people. Bryce left with this about Apex – The work place environment here is top notch! We at Apex Filling Systems feel Bryce is an exceptional team mate and an asset to Apex Filling Systems crew.